Doing your makeup, texting, eating, choosing a song on your ipod.

These are all things you do while sitting in mind-numbing traffic. 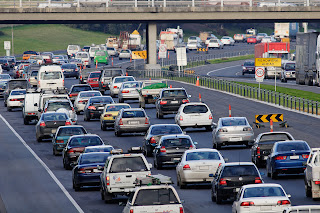 Ever get bored of those things and wonder what other fun stuff you could do while sitting there, waiting to inch up 5 feet?

Well here's a few creative ideas for the next time your stuck in a bad traffic jam.

1. Wave at the guy in the car next to you like you know him. He'll be so confused and creeped out that it will amuse you for at least 10 minutes while he sits there avoiding eye contact and trying to remember where you know him from.

2. Actually call the number on the back of the truck in front of you that says "tell me how my driving is." I know you've always wondered whether those things are real or not. So try it out.

3. Ask the guy in the car next to you if he wants to switch cars for a few miles. Once again, they will be so confused and creeped out that it will make you laugh for a while.

4. Actually get a picture of the guy next to you picking his nose. It's a classic.


CHATTY KATHY
Posted by Chatty Kathy at 3:20 PM No comments:

When it comes to girls, birthdays aren't just 24 hours. They last all weekend, or maybe even a whole week. It's a national holiday and a major event.

When it comes to a girl's birthday, there's a few musts.

Decorations
It's absolutely essential to pimp the birthday girl out with a sash and crown when you go out. If you're throwing a party, decorations, fancy cups and balloons are key. Everyone needs to know this isn't just some party, it's THE party. Plus you need a banner and balloons to pose next to so all of Facebook, Instagram and Twitter know just how awesome the party was. 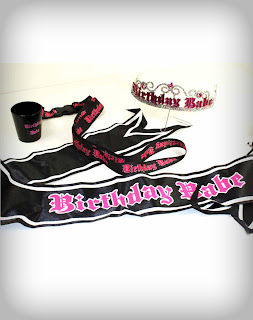 
Birthday Dinner
You have to all of your friends to a sit-down, dress-up dinner before the birthday girl's big night on the town. Everyone gets to catch up (sober) and there's plenty of opportunities for selfies.

Hungover brunch
There's just nothing like strutting you're stuff into the nearest breakfast join with the half-broken crown still on the birthday girl's head the next morning for a hungover brunch. Sipping on mimosas while laughing about how drunk Becky got the night before and giggling obnoxiously loud so everyone at the local eatery knows you had a fun birthday night.

Remember, the number of pictures you upload is directly proportional to the amount of fun you had on your birthday weekend, so snap away!

CHATTY KATHY
Posted by Chatty Kathy at 3:01 PM No comments:

"Clean your room!"
"Wake up, you're wasting the day sleeping!"
"Don't forget to brush your teeth!"

None of these are things you probably thought you'd be hearing after high school, never mind after receiving a bachelor's degree.

However, it's a brutal reality for many post-grads nowadays that they have to move back home with Mommy and Daddy. Rents are high and the job market sucks. And taking another year of Intro classes just to stay in college as a super-senior just isn't going to work. So, it's back to the nest until you get a job and save some money.

And it's back to prison, basically. They ask you where you're going, when you'll be home, who you're going with- it's like the inquisition. They worry when you stay out late, get mad when you come in late and you obviously can't bring a girl or a guy back home for the night. And what's probably the worst is the constant nagging about absolutely everything. They can turn a pleasant "good morning" exchange into a deep conversation about what you're going to do with your life.

And then there's the siblings. They steal you're clothes, eat your left overs and constantly "borrow" your car. They're like roommates, but you cant pregame with them or lay in bed telling funny stories about the night before.

My advice: save as much as you can waitressing, get a cheap apartment and figure it out from there.

CHATTY KATHY
Posted by Chatty Kathy at 2:42 PM No comments:

Email ThisBlogThis!Share to TwitterShare to FacebookShare to Pinterest
Labels: life after college, Mom and Dad, moving back home, postgrad, siblings

It's not just black and white

The phrase "it's not just black and white" has never seemed truer to me than now.

Why, you ask, am I bringing this up? Well, I've never had to think about it before now. Seriously, it never phased me or crossed my mind when I saw a black man and a white woman together or visa-versa. It's not out of the ordinary and I never took a second look or thought.

Recently, my best friend (who is white) started dating a black man. I'm not going to lie to you it was a bit surprising not because I'm racist or anything, but simply because he is not at all her type. She was nervous about me meeting him, but once I did and liked him a lot she was extremely relieved- which was weird because she's never depended this much on my judgement of a boy she was seeing. It seemed like my approval was crucial to her. Like she was trying to decide if she would continue the relationship based on what I thought.

And that was true, I found out. She was so nervous that her friends would disapprove that she literally didn't want to get too close to him before getting the OK from us.

Both of us having grown up in a rich white Irish town in Boston our whole lives, we knew it would be difficult breaking this to her parents. Even if they acted like it was okay, you just knew that they would secretly disapprove because that's how they were raised. She still hasn't taken him home to meet her parents even though they are getting very serious now because she is scared. She can't share one of the biggest parts of her life right now with the people she loves the most simply because he is black.

Now, when I see interracial couples I actually stop and think about it. What's the back story that no one sees when they're smiling walking down the street? Do family or friends disapprove? Do they have to hide it? Knowing what I know from my friends experience, I really admire couples that can face these extreme prejudices and obstacles and still be happy and strong together. It's really given me an inside perspective into the racism that really does still exist everywhere.

So, don't worry about what other people think or say. Do you. Do who you want. Do what you want. And don't apologize for it.

CHATTY KATHY
Posted by Chatty Kathy at 2:18 PM No comments:

You wouldn't think this from seeing the cover, but seriously, when I started reading this book I couldn't put it down because it was interesting, sad, scary and funny. 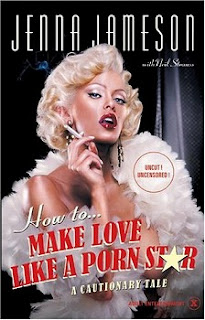 One of my favorite quotes ever comes from this book and I often show people the quote on my phone and ask them who they think the author is. I've gotten responses ranging from Shakespeare and Wordsworth to The Beatles and The Backstreet Boys.

"Love is not an intellectual decision. You can't look for it or hold on to it or run away from it. It comes and goes according to its own wild inclination, completely out of our control. All we can do is recognize it when we feel it, and try to enjoy it while it lasts - be it for a say or a lifetime."

I'm not going to get into the plot because I wouldn't want to ruin the surprise for you or shock you with X-rated stories, but give this book a try. Even if you don't like Jenna Jameson, read this book because it's worth it.

CHATTY KATHY
Posted by Chatty Kathy at 2:03 PM No comments:

Farrah Abraham, Teen Mom star, sold a sex tape to Vivid Entertainment for $1 million dollars, which will obviously be put straight into her daughter's college fund, right? As if she didn't get enough money for acting like an annoying bitch on the TV show, now she gets even more for being an annoying slut in her "leaked" sex tape. 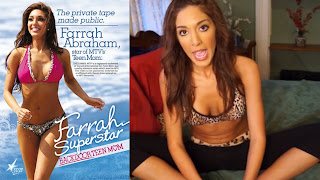 Most of the video consists of a faceless man, "baby" as she calls him, filming her walking around talking about lube and lingerie, and the other half is just her being a slut squealing obnoxiously. Even though she admittedly says she won't watch the video, this conceited mom will probably watch it all the time to "celebrate" her "awesome body," which she said was the reason she filmed the tape.

That's going to be pretty hard to explain to Sophia, her daughter, when she grows up, but hey at least you'll have something to look at when you're old and wrinkly, right Farrah?

CHATTY KATHY
Posted by Chatty Kathy at 12:55 PM No comments:

If you've seen Rihanna's instagrammed pictures, you'd know she's been going down a slippery path lately. On 4/20, National "let's get high" Day, she posted pictures of weed cakes, money and stripclubs. Apparently her and Chris Brown broke up. AGAIN. And every time you turn you're head you're hearing something else about the star.

However, Monday night, she really pissed a lot of people off when she showed up to the TD BankNorth Garden for her Boston concert 3 HOURS LATE! Not only was she late, but she didn't offer any excuses or apologies, there was no supporting act to go on while the crowd waited, she only went on for an hour once she got there,  and this show was actually a postponed show from over a month ago when she canceled her Boston concert because she was sick. Good fucking job, Ri-Ri.

Perez used this photo to mock the star. 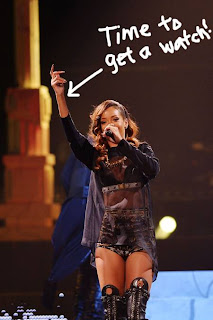 And the Inquisitr even showed footage of fans getting restless waiting for the diva.
﻿
Since it was a Monday night, many fans left before Rihanna even showed up because they had school and work in the morning. Boston was pissed. So they took to twitter and Facebook to vent.

People even called into radio stations like Kiss 108 and Jam'n 94.5 to complain. Seriously Rihanna, apologize and stop fucking up.
CHATTY KATHY

Posted by Chatty Kathy at 12:19 PM No comments:

Chatty Kathy
I'm your typical girl. I love yoga pants, Dunkin Donuts iced coffee, Pink (the color and the VS brand), wine and boys. Email me bitches: chatty_kathy411@yahoo.com Follow me too: @chatty_kathy411